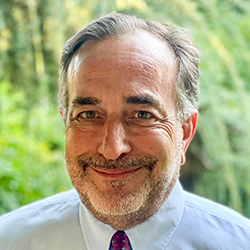 Arthur has been leading Character.org since January 2020. For 15 years, he was an executive at the John Templeton Foundation (1995-2009) where he had the opportunity to catalyze research on youth purpose, forgiveness, gratitude, altruism, and grit. He also collaborated with Martin E.P. Seligman at the University of Pennsylvania to energize the field of positive psychology. He proudly served as the Senior Scholar at the United States Air Force Academy (2010-2012), where he chaired the team that developed the Academy’s current conceptual framework for developing “leaders of character.” Most recently, he served as Professor of Leadership Studies and Founding Director of the Oskin Leadership Institute at Widener University (2012-2019). Arthur’s current research focuses on the dynamics of moral courage. He received his doctorate in adolescent moral development from Harvard University.

I love aphorisms and maxims. Years ago I heard one that continues to shape my daily thoughts, feelings, and behavior: “People don’t care how much you know, until they know how much you care.”