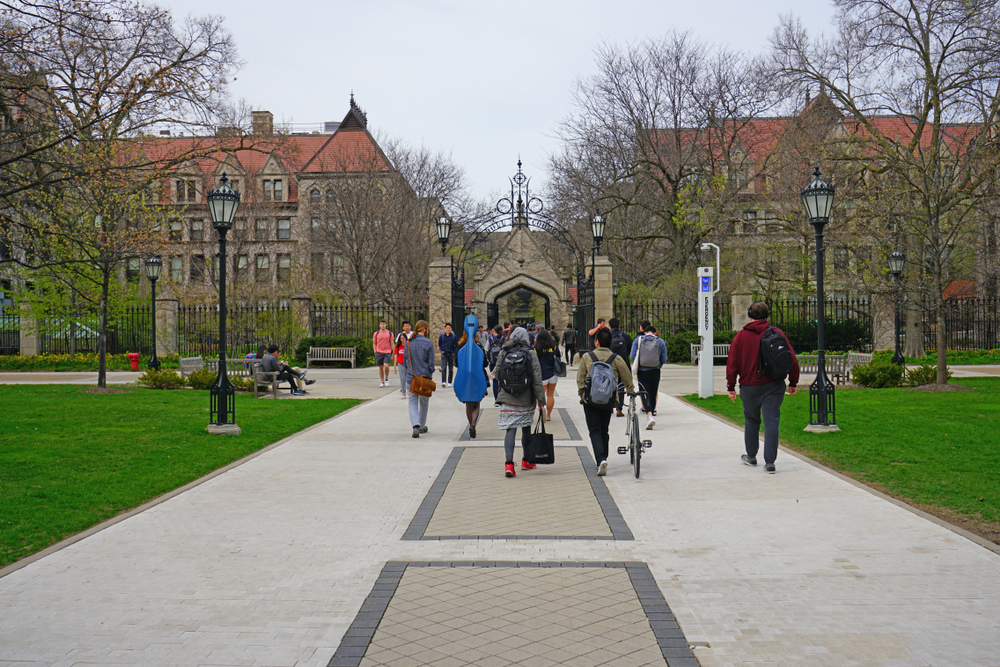 Finding and choosing the right college, as a student, can seem near impossible. From varying deadlines, to school-specific essays, to a minimum needed test score, there’s an overwhelming amount of work to get done. But sadly, the ACT, SAT, and GPA are pretty much a deciding factor for getting into any college. I think that needs to be changed.

For students like me, there’s a lot going on in my life. I play varsity sports and I’m a co-captain on the team. Outside of school, I am a leader in my church’s high school ministry. And in school, I’m taking multiple advanced courses, trying to boost my GPA and get credit for college. I also have a job, and like most people, I try to make time to hang out with my friends, girlfriend, and family. But all of these accolades and characteristics can only be shown a tiny bit through current-day college admissions.I recently filled out the CommonApp, and had added ten schools to my list on the website. The shocking thing to me was the fact that only one of the ten schools required an actual transcript from my high school. The other schools, it seems, didn’t care enough to double check if what I said was actually true, or don’t value the information I put in over test scores and GPA. This is absurd to me. How can one test score determine getting in or not? I took the ACT the day after my birthday, so I wasn’t exactly mentally in the zone for a test. The second time I took the ACT, it had been four months since I had actually been in school, and I hadn’t retained a lot of the information from math and science classes. This is just one of the reasons that shows why standardized tests are not an accurate measure of a student’s ability and intelligence. But if we were to devalue the ACT and SAT, your mind might drift off to thinking about making someone’s GPA the major factor for getting into a school. I don’t agree with that either. In my freshman year, I didn’t know the importance of one’s GPA. I ended up with five B’s overall that year, but didn’t think anything of it. I didn’t realize how detrimental to my cumulative GPA that would be, and how it would make it impossible to have anything exceptional. Now, after working hard on improving it and continuing my hard classes, I have over a 4.1 on the weighted scale. But if I were to bump some of those B’s to A’s freshman year, I could have a 4.5 GPA, which would be the tipping point on a lot of colleges. My point is to show how GPA doesn’t completely show the growth of a student, both academically and personally.

But there’s no easy solution to this. As much as I would want character and personality to become as important as the ACT and SAT, I can’t seem to find something that fits perfectly. One of my ideas that would maybe work a little better than others is to create a category that combines letters of recommendation and all achievements, stuff that really shows who you actually are. For this category of character to work, it’d need to be equal to tests and GPA, and colleges would need to weigh the information in all of them the same. It’s a good idea on paper, but I’m fearful just adding importance to

specific information wouldn’t work. Another idea I had was to have students get another letter of recommendation, but this letter would have a question needing to be answered about the students actions and leadership roles in the school and community. While normal letters of recommendation already show the bright sides of a student, a question-centered letter could bring out more special moments and interests of a person. Or instead of a letter, have a student write their own essay on a time they showed good character or ways they continue to show character. To legitimize this, the student could get signatures from teachers or administrators that confirm the student is like what he or she said. Finally, I’ve been told just to “be yourself” or “write like yourself” in an essay. Maybe instead of a specific topic, there should be a personality or character essay, where the student simply describes themselves and what they do. It doesn’t have to be long and can highlight just one of their traits, but gives students a way to express themselves in a unique way. It may seem that it can be faked easily, but it gives some students the freedom to show the special qualities they have that may not be represented in their essays. Also, if a student were to fake their essay, it wouldn’t be special in a way that represents them, because every other essay would be specific and niche to what a student did or does. Creating a generic essay to make yourself seem wonderful wouldn’t necessarily work, because this essay would be personal, and the best ones would be written to stand out amongst the crowd, not blend in.

Colleges want students that are active in clubs, have great school spirit, and want to make a difference at school. If this is the goal of a university, they shouldn’t be so reliant on the grades of a person, and instead should also rely on the content of one’s character. The students who are on student council and work behind the scenes to create a better environment and school for their fellow peers need to be rewarded and valued just as much as the students who are valedictorian. Both worked their butts off for things they’re compassionate about and both have made a difference in people’s lives, so why is one so heavily outweighing the other? Obviously college’s main purpose is to supply students with information on how to succeed in their jobs in the real world, so the smarter students are wanted. But when students who can create an equal impact on the world are so heavily devalued, college admissions are in need of change.