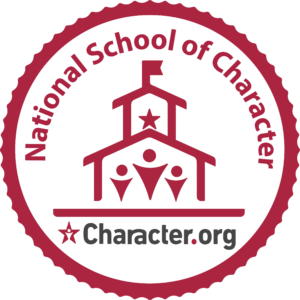 Washington, D.C. (May 17, 2022) — Character.org, a national advocate and leader for character development in schools and communities, today certified 50 schools and 2 school districts as National Schools and Districts of Character.

“We are pleased to announce and celebrate the schools and school districts that have earned this national recognition,” said Dr. Arthur Schwartz, President of Character.org. “Each of these schools has put in place a comprehensive approach to help students understand, care about, and consistently practice the character strengths that will help them flourish in school, in relationships, in the workplace, and as citizens.”

Since its inception, the National Schools of Character program has impacted over three million students, staff, parents, and community members. The schools and districts that apply must meet the rigorous standards articulated in Character.org’s 11 Principles Framework for Schools. Each school is assessed by a team of trained evaluators.

“There is an ethic of care at these schools,” adds Lori Soifer, who directs the Schools of Character program. “Working together with students, parents and community members, these schools are creating stronger communities focused on character.”

About Character.org: Founded in 1993, Character.org empowers people of all ages to practice and model core values that shape our hearts, minds, and choices. Since 1993, Character.org has inspired, recognized, and celebrated thousands of people in schools, organizations, workplaces, communities and families across the world. Character.org is widely known for its 11 Principles Framework for Schools: A Guide to Cultivating a Culture of Character, a comprehensive framework developed by school leaders and character education researchers. During the past 20 years, more than 1,000 schools have been recognized by Character.org as a National School of Character.