Why I Believe Humor is a Character Strength 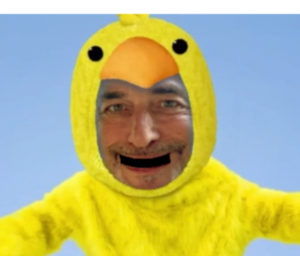 Over 20 years ago I had the honor to co-teach with Marty Seligman and Chris Peterson the first-ever course in Positive Psychology (at the University of Pennsylvania). Chris was on sabbatical at the time (he was a full professor at the University of Michigan) and in addition to our course Chris was beginning to research how to classify and measure what we were starting to call “character strengths.”

Chris and I spent hours together that semester discussing which character strengths (or virtues) we should research. Some were prima facie obvious, such as integrity, kindness, fairness, forgiveness, humility, gratitude, and courage.

But one night, at a local pub, Chris asked me whether humor should be on the list. Impulsively, I replied, absolutely not! I told Chris that none of the moral philosophers I studied in graduate school — Aristotle, Plato or the Stoics – ever emphasized humor as a quality or virtue essential to a flourishing life.

Chris disagreed. Of course, if you knew Chris, even for a few minutes, you quickly became aware of his dry sense of humor. So Chris and I spent the rest of the evening debating, telling bad jokes, and yes, having a few pints.

I lost the argument. Humor became one of the 24 “VIA” character strengths. Incredibly, over 15 million people since 2004 have taken the free self-assessment. It’s hard for me to imagine the field of positive psychology without the VIA survey.

Several years later I was at the United States Air Force Academy teaching a course on the nature of leadership. A cadet wrote a research paper on why humor is an essential leadership quality. Her logic was flawless. She argued that no one wants to be led by a person who never laughs or can’t use humor as a way to create positive energy.

Suddenly, I had an epiphany: Chris was right. Humor is a character strength!

A few days later Chris and I talked on the phone. He appreciated my turnaround. [He also promised never to tell anyone about my steeled resistance.]

Regrettably, Chris passed away the following year (in 2012, at the age of 62). I miss my friend, especially his playfulness and dry humor. Yet his legacy endures.