Why Would Anyone Think Winning Is A Virtue?

Note to reader: I try to use this blog series to shape the work of Character.org. At the end of this post, I pose 3 Questions. If one sparks your imagination, I hope you will share with me your ideas. I’m eager to learn. 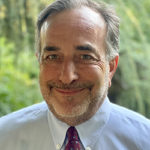 The commentator Dana Loesch recently exclaimed on her podcast that “winning is a virtue.” She was referring to how critical it is for her political party to take control of the Senate.

I can’t get her remark out of my mind. What irks me the most is that, when push comes to shove, I suspect a lot of people agree with Ms. Loesch’s sentiment, and not just those in politics. We’ve all seen or heard about youth sport coaches who care only about winning. And regrettably, cheating remains rampant throughout professional sports. The level of corporate corruption is also alarming, with emerging researching suggesting that some CEO’s defend lying, stealing, or cheating as the “cost” of doing business in a cutthroat, competitive market.

The remark “winning is a virtue” also touched me on a personal level. Years ago, I was president of my township’s little league. I’ll never forget getting a phone call from a coach who told me that one of his fellow coaches was “way over the top”
when it came to winning. Basically, he called to say, “Arthur, the kids are seven years old. Is that the message we want to send?” I spent the next several weeks talking to other coaches as well as to several parents with kids on the team. After
a lot of reflection, I made the decision that after the last game of the season I would let the coach know that he would not be invited to coach a team next year. Let’s just say he didn’t take it well.

Winning is NOT a virtue. Sorry Vince Lombardi, but your quote “winning isn’t everything, it’s the only thing” needs to be thrown into the dustbin. Sportsmanship is a virtue. Sacrificing for the good of the team is a virtue. Caring for your teammates is a virtue. In fact, toward the end of his life Lombardi told his son that he wished he never said what he said. “I meant the effort,” he told his son. “I meant having a goal. I sure didn’t mean for people to crush human values and morality.”

Politics is not war. Nor is competing in a sport or in the marketplace. When it comes to politics, the problem is power. In the political world, the levers of power enable the winners to reward their friends and punish their enemies. Right now,
our politics is soaked in a Nietzschean “will-to-power” mindset wherein domination trumps civility and honesty.
Our democracy is under threat and our children are watching. Sadly, what they’re learning is that the Golden Rule is nothing more than whoever has the gold gets to make the rules. That’s not what my parents taught me. What about you?

3 Questions To Spark Your Imagination: