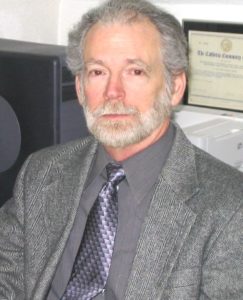 A professor, speaker, and author of 8 books including the Handbook of Moral and Character Education, Nucci has received extensive recognition for his research on children’s moral and social development and education.

“We are honored to recognize Larry for his significant contributions to the field of character development,” noted Dr. Arthur Schwartz, president of Character.org. “His research on the social and moral development of children and teens is transformational. Larry has spent his career examining the distinctions between morality and the conventions of society. His publications provide us with a roadmap on how young people first become aware and then give voice to the structural inequities that they realize are unfair or counter to the principle of human welfare.”

Larry Nucci is Professor Emeritus of Educational Psychology at the University of Illinois at Chicago. He is currently Adjunct Professor in the Graduate School of Education at UC Berkeley. In 2017, his work in moral education was recognized by the Association for Moral Education with the Kuhmerker Career Award for Outstanding Contributions to Research and Practice in Moral Education. Nucci is a pioneer in the educational application of what is referred to as domain theory in which distinctions are drawn between morality and the conventions of society. He served as Editor in Chief of the journal Human Development from 2007 through 2019, and is a member of the editorial boards of Cognitive Development, Parenting Science and Practice, and the Journal for Research in Character Education.

Dr. Marvin Berkowitz, Co-Director of the Center for Character and Citizenship at the University of Missouri-St. Louis, noted: “Larry is one of those scholars who understands that what we do in the ivory tower can be leveraged for human goodness and a better world, and he always points his professional compass in that direction.”

About the Sandy Award: This annual lifetime achievement award is named in honor of Sanford N. McDonnell, Chairman Emeritus of the McDonnell Douglas Corporation and Founding Chairman and Chairman Emeritus of Character.org. It is the nonprofit’s highest honor, and the award goes to one individual each year who, over a significant period of time has:

About Character.org: Character.org, is an international, nonpartisan, nonprofit organization based in Washington, DC. Our mission is to provide the voice, visibility, and resources for educators to build nurturing and supportive school cultures that focus on a set of core values and character strengths vital to school success.