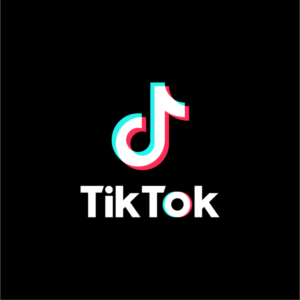 Ripping soap dispensers from bathroom walls, vandalizing lockers and trash cans, and – perhaps most unfathomable to me – SLAPPING TEACHERS?!

“Devious licks” and “Slap-a-Teacher” are the latest type of TikTok Challenges, appearing on social media and in commentaries about them in news bulletins, emails home from school principals, and PTA newsletters. By now you’ve likely heard about “Devious Licks,” in which students are committing acts of vandalism in order to post videos about these activities on social media – typically on the video platform TikTok. UrbanDictionary.com defines a lick as “a successful type of theft which results in an acceptable, impressive and rewarding payday for the protagonist.” In this case, the “reward” for students participating in these activities is viral online influence and fame, typically among their peers.

This trend began in September 2021 with a TikTok user sharing a video of a box of face masks they claim to have stolen from their school; since then, students have posted videos of other items they’ve stolen or destroyed, beginning with bathroom vandalism and progressing to theft of other school property in addition to stolen and damaged paper towel dispensers, sinks, toilet paper holders, and mirrors. Not only have Minneapolis-area students at Shakopee West Middle School and Stillwater Area High School recently damaged their bathrooms; other students at these schools have recorded themselves stealing school property including exit signs, microscopes, and telephones.  Calistoga (California)’s Junior-Senior High School’s experience with devious licks “began with smaller, petty thefts, like paper towel rolls and classroom supplies…[but] over time, the stealing grew. According to the October 20th edition of The Weekly Calistogan, students began taking the larger trash bins and school chromebooks.” This trend is not only occurring at middle- and high schools but recently has also been reported at the college level, including a posted TikTok video of a street sign theft at North Dakota State University. Law enforcement suggests many of the actions students are taking in conjunction with these social media “challenges” are considered misdemeanors or even felonies and students who perpetrate these acts will be prosecuted for their criminal offenses.

Bad Behavior on the Rise

It was “bad enough” when young people were damaging and destroying property; recently the ante has been upped because those activities apparently weren’t enough to satisfy the offenders’ appetite for sensational online content. There are confirmed reports about students accepting the “Slap-a-Teacher” challenge, filming themselves assaulting teachers – including an elementary school student in South Carolina accused of slapping their teacher; an 18-year-old student facing charges of battery in Louisiana; and a middle school student in Braintree, Massachusetts facing disciplinary consequences after allegedly hitting their teachers as well. These assaults certainly go beyond the abhorrent actions of the students in New Britain, Connecticut and other communities, whose “devious licks” antics and attempts to gain TikTok fame resulted in a temporary closure of their high school and in disciplinary action against the perpetrators.

Connecticut’s Attorney General has requested that the CEO of TikTok appear in the state to meet with parents and school leaders to discuss the negative impact this viral challenge is having on the mental and physical safety of those in schools. And, although TikTok has removed references to #deviouslicks and #slapateacher, users are apparently employing different hashtags to get around the ban, which means the publicity – and the bad behavior – continues. In October, NJ.com reported the following list was circulating online calling for TikTok users to complete these monthly challenges:

In response, school districts across New Jersey sent messages to parents that these activities will not be tolerated. But is this message going beyond parents, to their children, the potential offenders? Teens and tweens are particularly susceptible to committing these types of behaviors, as their pre-frontal cortex (the part of the brain responsible for logical thinking) is not yet fully developed. Peer pressure and the desire to solidify their social position further influence students’ impulsive decisions they make in order to be accepted by their peers. As The Weekly Calistogan observed in its October 20, 2021 edition, “the younger generation may have difficulty telling the difference between a cool trend and a possible crime.”

What can be done?

The idea that children are feeling compelled to accept these challenges not only demonstrates TikTok is unable to control the spread of harmful content posted on its platform but also shows a lack of ethical awareness in youth who take part in these antics. Social networking sites encourage social connection and attention-getting, providing an opportunity for young people to feed their innate need for attention. According to the Journal of Research on Adolescence (2018), “teens…who value peer approval, purposefully share content to appear interesting, well liked, and attractive.” It is critical that, as a society, we help young people not only understand this behavior is wrong but also work to address their need for attention – particularly negative attention – rather than celebrating the idea of “being bad.”

Perhaps posting to platforms such as TikTok and others can be used as a means of encouraging kids to create “viral challenges” in productive ways. Social media challenges supporting positive behavior, while sometimes unusual or silly (such as Facebook’s planking challenge or #MeAt20 on Twitter), can have tremendous impact. Many of these teens’ parents can recall 2014’s “Ice Bucket Challenge” that raised over $115 million for the ALS Association and more than $220 million worldwide for ALS research. Imagine the possibilities if young people chose to similarly harness the power of social networking sites for good, rather than as a means of promoting negative behaviors.

First, parents need to acknowledge their child may be capable of this behavior. This does not mean a child has suddenly become a “bad kid;” rather, these young people are responding to the pressure of their social group – whether real or virtual, “online friends” – to execute these types of behaviors to fit in or to gain what they perceive to be elevation of their social standing. This is nothing new; many of us have either experienced or heard about rituals embraced by certain groups in order to admit others into their inner circle (akin to hazing or induction traditions). Yet these activities have not typically been celebrated in an online forum, garnering attention for those involved.

Open, non-judgmental conversations between parents and their children can help young people openly discuss these trends with the adults in their lives, aiding adults in discussing these behaviors with their children and strategizing with them as to how they can make more positive choices. Parents and children coming together to think critically about how to address these challenges can not only help young people to evaluate these activities but also creates an open dialogue about the adults’ potential disappointment if the student were to engage in any of these behaviors. Young people will benefit from the counsel and intervention of an adult to help them make good choices and develop problem-solving abilities for their future.

Secondly, TikTok needs to accept responsibility for its role in students committing these actions. As The Wall Street Journal reported on November 15th, Meta Platforms Inc. (formerly known as Facebook) was being sued by the Attorney General of Ohio, who alleged “the company misled the public about how it controlled its algorithm and the effects its products have on children.” Last summer, Forbes.com reported that social media services including TikTok and Facebook were making plans to further limit and restrict adolescents’ access to their platforms as well as their ability to share posted content.  On October 6, TikTok tweeted, “The rumored ‘slap a teacher’ dare is an insult to educators everywhere. And while this is not a trend on TikTok, if at any point it shows up, content will be removed.” The company shared a link to The TikTok Guide for Parents, created in conjunction with the national PTA and provided on the PTA’s website, where users could “learn more about responsible behavior.”

On November 17, months after the “Devious Licks” challenges began, TikTok announced new safety measures following the findings of a study it commissioned to study teens’ behavior in response to the dangerous “challenges” on its platform. The company acknowledged concern over these challenges, including current and previous challenges such as a “blackout challenge,” “Benadryl challenge,” and “milk crate challenge.” The study reported, of adolescents who indicated they had participated in online challenges, “54% of teens thought that the impact of taking part in an online challenge was mostly neutral, 34% of teens felt it had a positive impact, and 11% felt it had a negative impact.” As a result of this study, TikTok has indicated it will take stronger action – beyond warnings – to indicate alerts to such activity on its app. TikTok has also committed to develop new resources for its Safety Center that will be dedicated to challenges and hoaxes, including advice for caregivers.

The responsibility for ensuring adolescents choose not to participate in these activities lies with both the social media sites as well as with parents and their children. Community organizations and criminal justice agencies also have a critical role to play in ensuring the success of this effort. Whether employing warning labels, creating a motion picture-style rating system for online content, or creating teen-focused advertising campaigns discouraging negative online behavior, immediate action is needed.

Given adolescents’ natural susceptibility to such challenges presented through social media, there will always be an inherent danger in their use of these platforms. It is clear that outside regulation and management of adolescents’ behavior is needed; if parents cannot (or will not) provide such policing, then it is incumbent upon the social media platforms to do so. The supports and limitations described by TikTok, Instagram and Facebook have to date not proven to be enough. Undoubtedly it is now time for social media platforms to focus not only on the user experience but also on those users’ actions that are sometimes unethical. Promoting ethical behavior on their platforms and beyond will not only discourage these “challenges” but can also harness the power of their online audiences for good.